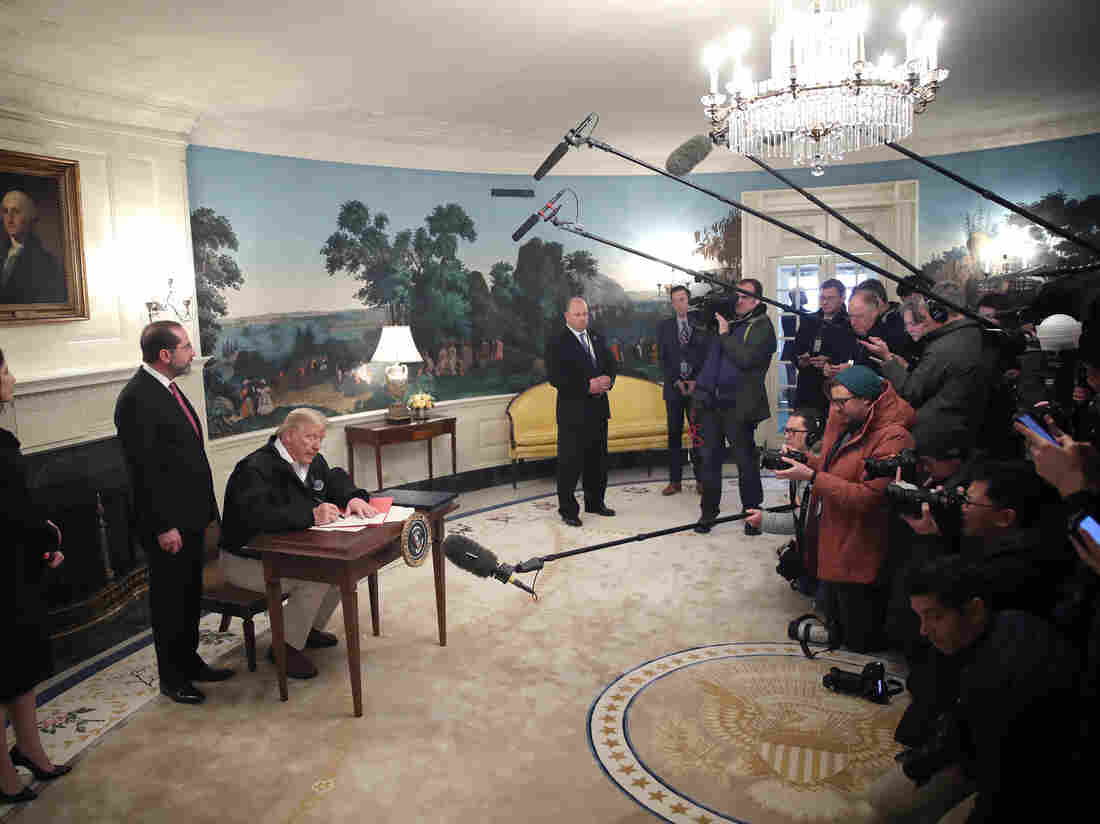 President Trump signs the $8 billion emergency funding bill for coronavirus at the White House on Friday. 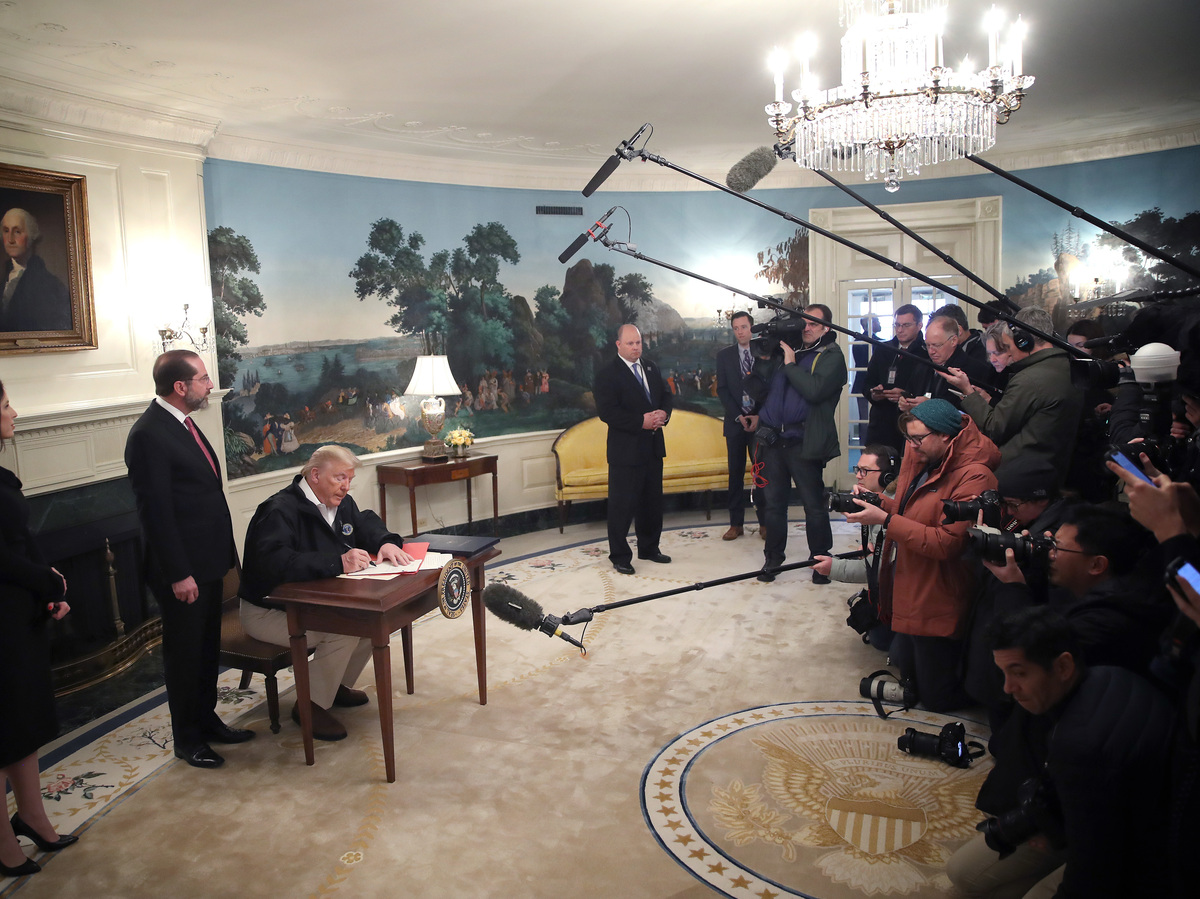 President Trump signs the $8 billion emergency funding bill for coronavirus at the White House on Friday.

President Trump on Friday will visit the Centers for Disease Control and Prevention in Atlanta after all.

The trip had been suddenly called off earlier in the day after a CDC employee showed symptoms of the virus. But test results cleared the staffer, and Trump decided that he would go.

The on-again, off-again drama played out in front of television cameras at the White House — and then on Air Force One, as Trump flew to Tennessee to view tornado damage.

“We’re going to try to go,” he told reporters before leaving for Nashville. “I may be going, we’re going to see if we can turn it around.”

The mixed signals began late on Thursday night when the White House issued Trump’s daily public schedule, which did not reflect a Trump stop in Atlanta. Just hours earlier, Vice President Mike Pence had said Trump would sign the $8 billion coronavirus emergency funding package into law while he was at the CDC.

Early on Friday, the White House confirmed the CDC trip was off. “The president is no longer traveling to Atlanta today. The CDC has been proactive and prepared since the very beginning and the president does not want to interfere with the CDC’s mission to protect the health and welfare of their people and the agency,” a White House official said in a statement.

During a hastily arranged signing bill ceremony at the White House, the president had a different explanation for the scheduling snafus.

“They had one person who was potentially infected,” Trump told reporters, saying the White House had learned about the suspect case on Thursday. The staffer was tested and was cleared. “It turned out negative, so we’ll see if we can do it,” he said of the visit.

There were no immediate details from the CDC about the suspect case.

“We’re going to try to go,” Trump told reporters. “I may be going, we’re going to see if we can turn it around.”

During his flight to Nashville, White House spokeswoman Stephanie Grisham told reporters on Air Force Once that the Atlanta stop was added back to the schedule. “What the president said is true,” Grisham said, referring to the suspect case.

A CDC staffer had was suspected to have contracted the virus and the White House canceled the stop “out of an abundance of caution,” Grisham said.

Asked why the initial White House statement had said the trip was canceled for a different reason, Grisham said it had been carefully worded to include language about the CDC keeping its people safe, so that it would be true without revealing the concern about the possibly infected CDC employee.